My tenth issue of Piranha Soup continues the theme of the ninth version. It was focused on rough times in fixed income, particularly credit derivatives. Now I turn to rough times in equities with an emphasis on whether it is time to enter the short side of the stock market. The madness of crowding into the "credit, energy, Asia, emerging markets" growth story will reach a point of froth this winter. Below I make a case for profit in short side beta and alpha.

Many will ask why I would focus on shorting stocks when they are not expensive and in fact are fair value relative to bonds. Economic growth seems strong and on balance earnings are holding up while the world is in pretty good shape. I am adding shorts because there is strong evidence that short side alpha has bottomed, meaning it will become easier to pick losers among companies. As hedge funds, we are charging investors to play two sides of the market and so, if alpha is available, we are supposed to go after it. Underlying this, I am bearish on US stocks claiming that the corollary to 2002 will hit this winter. Earnings are about to break down. I believe those funds that implement good shorting methods will be those that have the buying power in the next great bull market.

Section One: Why Short the Markets Now?

One of the worst strategies in the hedge fund arena for the past 15 years has been shorting companies indiscriminately as a hedge. Those with a jihad against the market due to fear are never rewarded. Also, recent statistics show high levels of short interest. For short sellers, the cost of borrowing is expensive. Below I make a case for why factors are now lining up to overwhelm the bulls. I examine earnings, interest rates, the housing bubble, and liquidity. The analysis is largely a US analysis since shorting is difficult outside the US and since it is the US that is rolling over. I have adjusted the charts and analysis to give a different view than seen in most economic reports.

Section Two: How Has the Market Changed for Shorting?

If we are going to contemplate shorts, we are forced to notice the changing dynamics of the shorts side. There is a reason some hedge funds are moving to long only. The structure of the market has undergone monumental change since the last time I wanted to be short. To summarise, transaction costs are down, the markets are more fragmented and speed of execution has risen. This sounds good except that the "tails" in small companies are full of crowded shorts. Below I look at the changes in some detail. 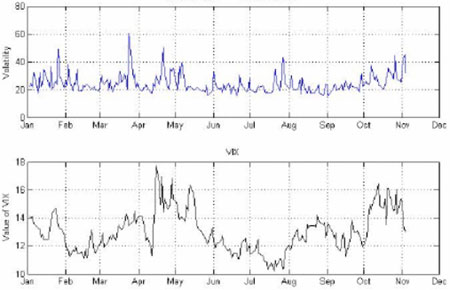 Short selling is a beta game for most of the hedge fund industry now. Since few managers claim to have any beta edge, we must ask what we are paying for. As a fund of funds that does make beta-driven adjustments to our portfolio, it is time to use shorting to get more neutral. We have also been careful to look for alpha and we are finding it though it is as rare as new copper mines these days.