Amid an environment of increasing uncertainty in the markets, the Latin American hedge fund space has provided investors with continued growth and consistent performance. Since its inception in December 1999 the Eurekahedge Latin American Hedge Fund Index has gained 538.22%. The sector has also witnessed tremendous expansion in terms of fund population and assets under management (AUM). Over the last 12 years the number of managers increased from just over a hundred in 2000 to 480 as at end-March 2012, while AUM increased from US$2.7 billion to US$58.9 billion in the same time period. 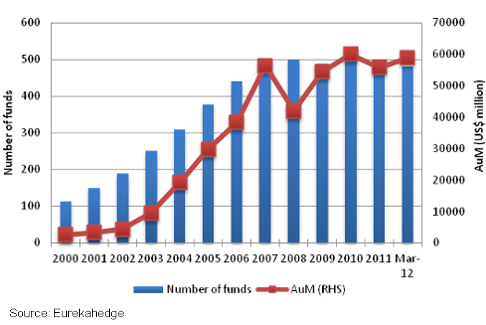 More recently the Latin American hedge fund industry went through a downturn in wake of the global financial crisis but managed to avoid losses on the scale of other regions and swiftly recovered.