The industry witnessed some losses and redemptions during the financial crisis, amid falling equity markets globally and heightened volatility across different asset classes. Total AUM fell below the US$40 billion mark in 2009 as managers suffered some losses while investors withdrew substantial capital from the funds. In comparison to other regional hedge funds, the Latin American sector performed admirably through the financial crisis – the Eurekahedge Latin American Hedge Fund Index declined by only 5.87% in 2008 while the average global hedge fund lost 9.66% during the year. 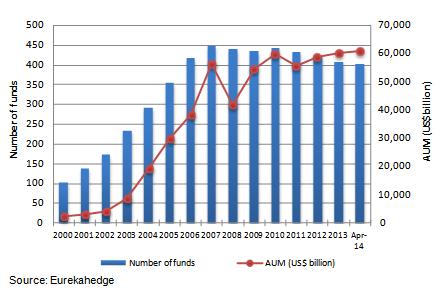 During the global financial crisis, Latin American hedge funds also witnessed some negative returns and redemptions, although not on the same scale as global hedge funds. Assets under management in the industry declined to US$39.3 billion by March 2009, but have since posted a remarkable recovery.