Total assets under management reached US$1.72 trillion as investors continued the strong allocation activity from the last quarter of 2010. After attracting US$17.2 billion in January, managers witnessed a second month of double-digit net positive asset flows, gaining US$12.4 billion. Performance-based growth was also positive in February, with the industry gaining US$10 billion through positive returns as managers delivered substantial gains on the back of resurgent markets. 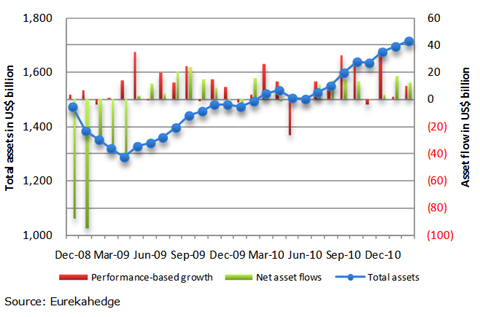 Below are the highlights for the month of February: